The End of An Era 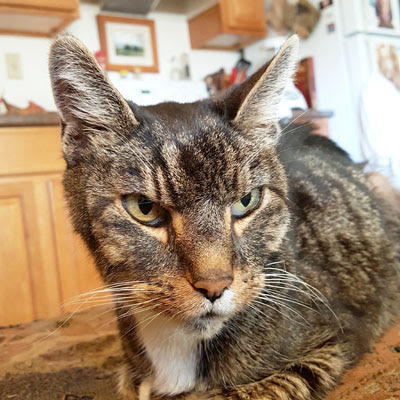 The thing that I feared the most for about the last 10 years, has come to pass...

I had to put BeeGee down this morning. Just in the last 3 days he started actively dying. It was a really tough weekend. But the timing was right for him to go today.

That's exactly what this last three months has been like. And it's been phenomenally stressful for me.

Pema goes on to say, "The healing comes from letting there be room for all of this to happen: room for grief, for relief, for misery, for joy."

I love you my darling BeeGee. I'll see you again when I cross the Rainbow Bridge.
Posted by Cate Rose at 2:31 PM 15 comments:

The Freedom of Letting Go 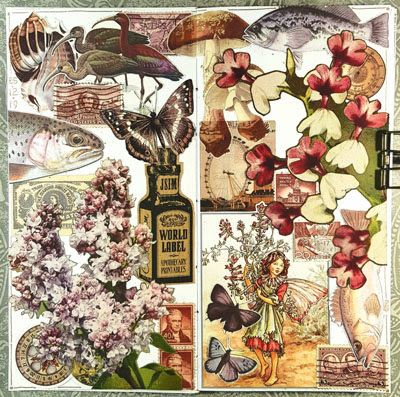 So, I mentioned in last week's post that I was in the process of selling my unwanted/unused acrylic supplies+ (paint, media, charcoals, chalk pastels, big brushes, palette knives and big canvasses). How it turned out is that on the preceding Friday late afternoon I had the thought to sell the stuff, and by 48 hours later all of it had been sold. I guess my timing was right.

I kept about 10 percent of the acrylic paint, only in colors I adore, and some of the media. Plus I have all my watercolor paints, w/c media, pencils, etc, etc. I can still do "art" if/when I want to. 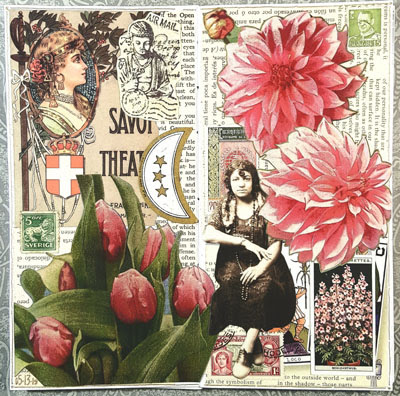 But I'm no longer holding onto that sense of guilt...guilt at having spent so much money on stuff I never or hardly used, and guilt at not using it. That right there is worth more than the few hundred dollars I made last weekend.

And now I find myself letting go of other stuff ~ stuff I no longer need, stuff I won't use again despite that little voice in my head telling me to keep it just in case, stuff I'm done with.

And it feels great, to let go of stuff, to lighten my load a bit. There's enormous freedom in letting go of holding onto stuff physically, as well as the psychic holding we all do. 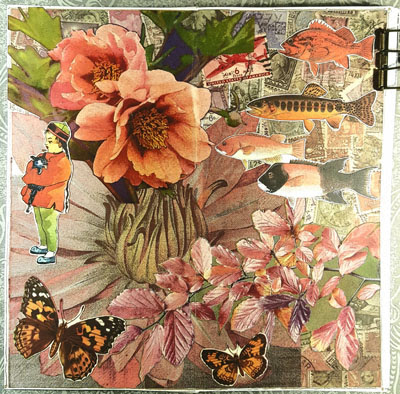 I've also let go of the need to continue to market/sell more of the vintage postal goods I bought and sold last year. The reality is that I've already made 7 or 8 times what I paid for the lot. And I can comfortably say I don't need whatever income is left to earn from it. So I'll be offering the entire inventory of stuff I was going to sell on IG in a week or so, to other sellers there, most of whom also have Etsy shops. I just can't/don't want to deal with all the moving parts of online selling any longer. Too stressful for the return for this old gal.

I love giving stuff away. More, really, than I enjoy acquiring things. Because of that freedom. The more stuff we have, the more we're obligated to it...to use it, to maintain it, to pay to house it, etc. I like having a small footprint.