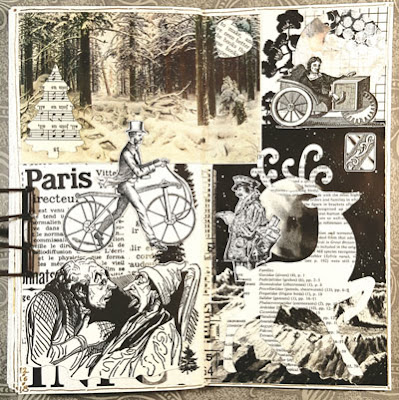 I've been easing into the new year. Historically I used to dislike January, because 1) the holidays were over (when there was anything for me to celebrate) and 2) I'd likely put myself on a diet of one sort or another on January 1 to atone for my sins of the previous month.

It's actually been many years since any of that was the case, nevertheless I still find I enter January each year with a bit of trepidation.

The reality, though, is that January is just like any other month to me at this point in my life. The only thing that's any different from one month to the next is the weather. 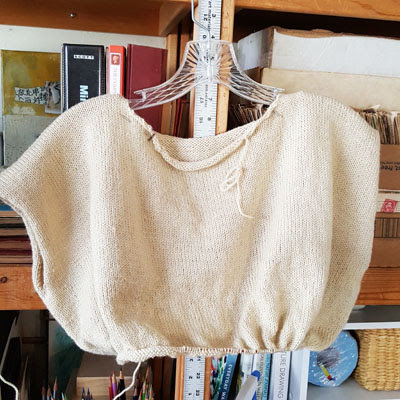 This is the sweater I'm currently working on, my first top-down knitted piece. It's a couple inches longer than shown here. I'm attempting to put at least an inch on every day...because the length from the armhole down will be about 20 inches...and even at that rate it'll take me most of the month just to get to the bottom. But who's counting the time invested... 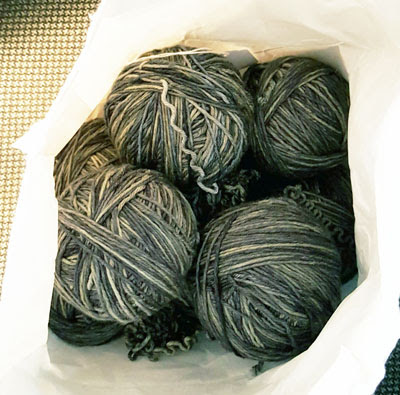 ...certainly not me, as this is the new state of the kimono I knit several months ago! After wearing it a few times, I realized I didn't like the way it fit, there were things I didn't like about the pattern design, and although I love the yarn, garter stitch did not show it off in its best light like stockinette stitch will. I'm looking forward to knitting it again, to my specifications this time. But the effort spent on it was not for naught, because it got me back into knitting again.

As the veils begin to part and more and more is revealed...this should be a very interesting year.