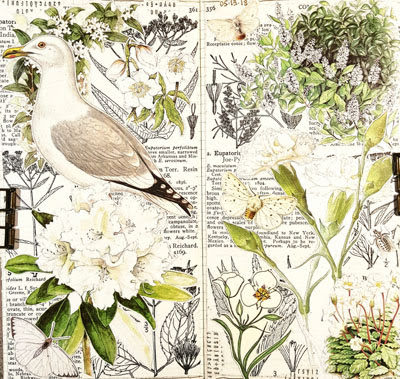 In looking back over the terrain of depression, I see that I was living a rather depleted existence.

I had this "superiority-inferiority" complex, where in my cuckoo mind I thought I was better than other people because I could get along with so little -- so little stuff, so little juice, and so little (self) love.

I was punishing myself for all those years, adding insult to the previously-perpetrated injuries.

I lived in such a way as to say to life, "I can do without whatever you have to offer...I'll show you!"  Instead of turning lemons into lemonade, I learned to live without lemons at all.

I lived the stripped-down barren life that was dictated to me by my past.  I still expected the past to somehow make things better for my present...like, if I could dredge it up enough, somehow things would turn out differently in the present (the very definition of insanity).

But those days are over, thankfully.  I've begun adding back little flourishes into my life, small things that make life more enjoyable.  I've opened my heart again to the world.  I'm treating myself much more kindly.  I'm counting blessings multiple times every day.  It's only going to get better from here on out.

Thanks for being here.  xx
Posted by Connie Rose at 9:31 AM 13 comments: Links to this post 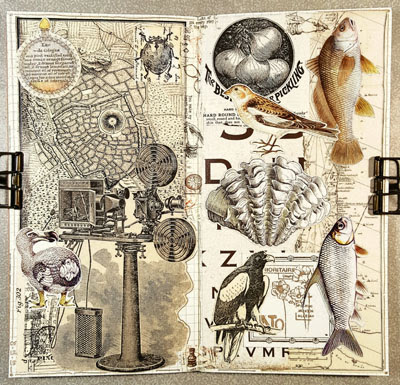 Speaking now from the other side of depression, at least for the present, possibly forever.  I won't say that I'll never fall into the pit again.  But I will say that I feel I have more inner resources now to guide me through if that happens.

Realizing that the depression has been/was a thing in my life, a major blockage if you will, has enabled me to see it as an entity apart from who I really am inside.  An entity that was created, by me, in response to a lifetime of grief.

I have been aware of for a long time, albeit now far more keenly attuned to, the fact that there are two Connie's in this body of mine.  Were I never aware of this, it's easy for me to see that I probably would have drifted into psychosis, as did my predecessor. Instead, I've had this overly strict superego that judges everything I do or say and always has, that's rendered me neurotic.  Better neurotic than psychotic, I guess.

But maybe not.  You have no idea how often I've said to myself, "Ignorance is Bliss," implying that if I weren't aware of the inner workings of my psyche, life would have been so much easier.  I could have just been clueless in word and deed, and moved on.  Rather than inwardly excoriating myself for everything I say and do.

The me I feel is the real me is the adult inner child, that innate playful, spontaneous, spirited, loving person, who was metaphorically beaten out of me at about age five.  She's still inside, but buried very deeply.  If I have any life goals, one of them is to free her before I die.

The other me, the one I've taken out into the world to do my bidding, is the me who was made by my environment.  This me has gotten through life by reacting to everyone and everything, defending and protecting myself, pulling a lot of interpersonal shenanigans because I never learned how to play well with other people...basically doing whatever I had to do to scrape by.  Clearly, I always did the best I could at the time, given the circumstances and who I was.  But there's a lot back there in the past about who/how I was that saddens me deeply.  Regret would be the right word here.

I've been on somewhat of a mission over the last three or four years, to express that regret to people in my past who were negatively impacted by my words and/or behavior.  I've written letters, made phone calls, seen people, with no motive other than to apologize for being who I was at the time.  I'm still making verbal faux pas occasionally, and apologizing for them.  All the memes say to "never apologize for being yourself."  But the me I feel I need to apologize for is the me I can hardly relate to any more.

The other life goal, if I have them, is to bring the two me's into alignment.  So that who I present to the world is the soft, vulnerable, real, compassionate, loving person that I truly am inside.  Instead of the other person I no longer want to be.
Posted by Connie Rose at 8:31 AM 4 comments: Links to this post 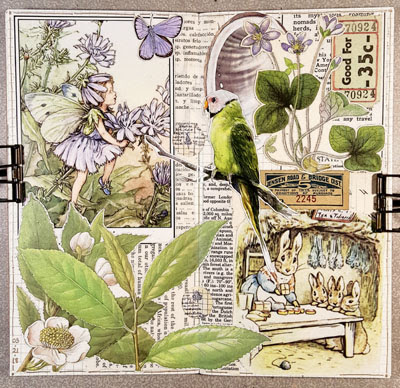 I'm a big believer in ~ things happening for a reason; there being no accidents or coincidences; growth happening in its own way, at its own pace; connections ripening when one is open to seeing them.

I am feeling better. And not just in a day-to-day functioning-in-life sort of way...

I've befriended this thing called depression and its role in my life.  And this is what I've discovered...

The depression is a massive boulder of personal ancient history, that has kept me stuck and prevented me from moving forward in life...until now. I created this context for my injured soul when I was a child, as a way to protect myself from bad things (toxic people, confusing situations, difficult circumstances) over which I had no control, and it served to nurture me in the absence of actual human nurturance.  When I felt threatened in any way throughout my life, I would go to that depressive place to lick my wounds.

So as much as the depression has been a millstone, it was also a balm, a place of great comfort for my wounded soul despite its life-sucking characteristics.

But depression is not who I am...I won't even own it by calling it mine. It served its purpose, and now I don't need it anymore.  I may always need medication because of its impact on my biology.  But I don't need it anymore to hide myself from the world...which doesn't mean this reclusive introvert is suddenly going to become a socialite 😉.  It means that I'm going to honor myself, be good to myself, and live the rest of my life in a joyful way, letting go of that past that is not who I am.
Posted by Connie Rose at 11:36 AM 7 comments: Links to this post