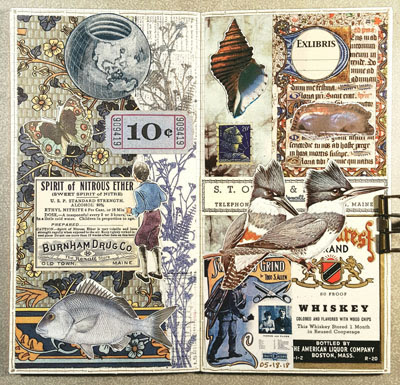 I need to talk publicly about this...

I've suffered with depression for my entire adult life.  I've been on prozac/fluoxetine for the past 25 years, on a very low dose.  I had about three really good years, after the drug took six months to kick in, back in the mid-1990s.

The truth is, my life has always been an emotional roller coaster (if you've followed this blog for the last several years, you'll know why), exacerbated in the last 20 years, I now see, by the fact that that antidepressant wasn't really working for me, or stopped being totally effective, years ago.

I started taking it when I lived in San Francisco and had Kaiser insurance.  Since then, I've self-managed the medication, because I didn't have insurance (until Medicare) and couldn't afford psychiatric care (for medication management).  Also, being the self-reliant, "I can do it myself" type, it honestly never occurred to me, since I've been on Medicare, that I could seek a doctor's help with the depression.

There's also this thing when you're chronically depressed, that even if/when you have periods of emotional equilibrium, when those times end, you don't realize you're depressed again.  You think it's just who you are, to feel so bad inside.

Back in December of last year, I had the inkling to increase my dosage of prozac to 40mg/day from 20mg.  So January through March of this year, I felt really great, better than I'd ever felt.  Then I had a depressive crash in late March/early April, that I still haven't recovered from.  It was only last week, when my closest friend suggested maybe my medication wasn't working, that I had the big AHA moment.  It had just never crossed my mind previously.

Now I can see just how much time in the past 25 years (not to mention the preceding 20+ years) I spent in depressive periods, regardless of taking medication.  And I can see how many of my physical symptoms of the last few years are likely related either to the medication no longer working, or the depression itself, or both.  Shit.

I have an appointment with the MD at my clinic this Wednesday.  I can't do it alone anymore.  I need help managing the depression.  I also have no illusions that I'll ever stop needing ADs.
Posted by Cate Rose at 12:51 PM

This is interesting because you have been on my mind and I have wondered how you are doing. I hope you get some help that works. Love you.

I am so glad that you were open to listening to your friend‘s thoughts and advice. There is no shame in seeking professional counsel. Managing AD’s and SSRIs is as much an art as a science, So no need to try to do it all on your own, regardless of your proven self-sufficiency. With the right meds in place, I’m sure you will soar!!

Best wishes for a good outcome from your doctor visit!

And here I thought you've actually been doing better than before! I have a hard time deciding/knowing when I'm depressed vs just down vs tired vs lazy. And then knowing which medical professional to trust, and just now in that regard, I have nobody. I hope you get the help you need, but if the first or second or third one feels wrong to you, keep looking as long as you can afford time, $ or energy.

Be well. And thank goodness for friends like the one you mentioned.

Love, hugs & prayers that you will receive the help you need at this time.

I'm relatively new to your blog so I didn't know you suffer from this disease. I call it a disease because for me, that's what it is. My imbalance is hereditary and visits frequently through my kids. I call their episodes The Crazy Train because they refuse to take meds. Their condition is bi polar...though mine is not. I was lucky that back in the 70s when I related my medical history to a newly graduated Doctor, he warned me that I would develop symptoms and when I did come in to talk. He is my Guardian Angel and luckily I hit the right med right away and have been blessed with few episodes. I laugh and equate them to a situation that is stronger than my meds.

It's good to blog about your feelings about your condition because there are still those who refuse to see that they can get help. I am so glad that you listened to your friend's advice and feel sure that now you will find the right med and dose. There have been so many break throughs in this area. My grandson is controlling anxiety attacks with CBD oil. Who would have thought that possible long ago.

I am so happy for you, yet so sad that you did not realize the situation with the meds a long time ago. Please post about how this meeting with the doc goes. If you don't get the answers you want..don't hesitate to go for another opinion.
xx, Carol

Depression is the worst. And finding the right meds is a dance in itself. As you say they can work for a while and then, boom, just like that they stop working.

I hope the doc can help you figure it all out.

Take care and be well.

I applaud your bravery and honesty Connie!
Yoou are great and deserve the best life can offer.
Yu are in y thoughts and prayers. Take good care.

I will learn to proof before die, I tell myself. Sorry.

I've been on 20mg for 28 +/- years and I shudder when I think about not having the pills to take. When I slip into depression I can look back at the diet and realize my sugar intake has skyrocketed. I am lucky that I have not had to change or increase the dosage (of meds) just decrease all that is sweet (and good). Lay it all out there for the new Dr and try anything that is suggested..knowing what side effects there can be. Maybe just having a Dr on your team will be a big help in itself. Please, keep us posted so we can wrap our arms around you.

Sinking into depression can be so gradual that you don't even notice until you are completely overwhelmed. Hope that you find something that works for you, Connie!

I totally get what you are sharing. I have a family member who is seeking help. Glad you are, too. Take care of yourself. You are very brave to have shared what you did. Know there are people who care that you take good care of yourself. Big hugs.

Glad to hear that you are going to see a doctor, who will hopefully be a good one and you will get some relief from your depression. So sorry you are going through this. Wishing you the best Connie!