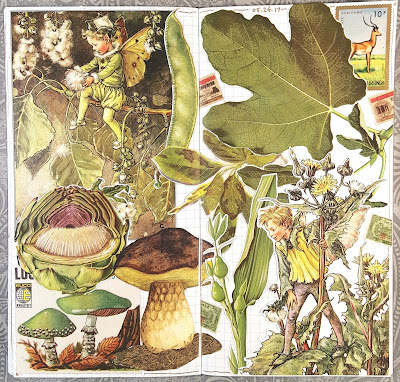 I'm so ready for fall.  We haven't had much summer on the North Coast...so let's just move on, shall we?

Currently, due to previous and new forest fires to the north of us, the sky is smoky/hazy enough that Humboldt looks like Los Angeles on a bad day.  It's really sad.

The entire country, as in the USA, is on fire, in one way or another.  I have no hope that this sinking ship can be turned around, that all the wrongs that have happened here especially in the past eight months, can be righted.  It's gonna take generations to fix things. 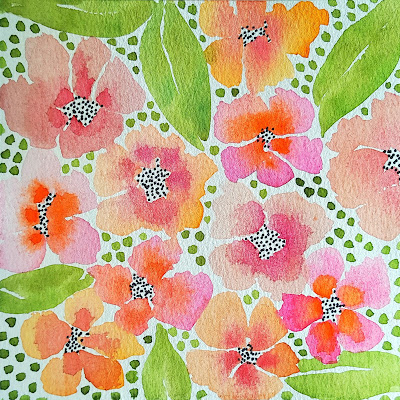 BeeGee is doing VERY well, I'm glad to say.  He had an ultrasound ten days ago, and altho the vet found a couple of potentially problematic things in his organs, I don't think either of those are what caused him to get ill several weeks ago.  I think the biggest issue was acute arthritis pain.  I have him on a bunch of natural supplements now, including cannabis oil for pain and curcumin for inflammation, and he's back to his old self again.  He's slowly putting some weight back on, eating a lot, and doing everything his body should be doing.  I am so thankful...and so is he!  He's my miracle kitty!

Have a great weekend. xx 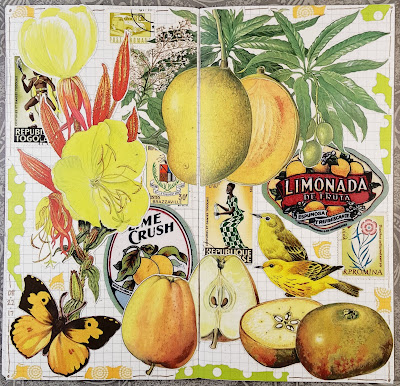 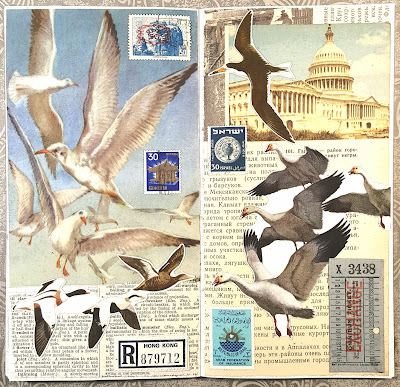 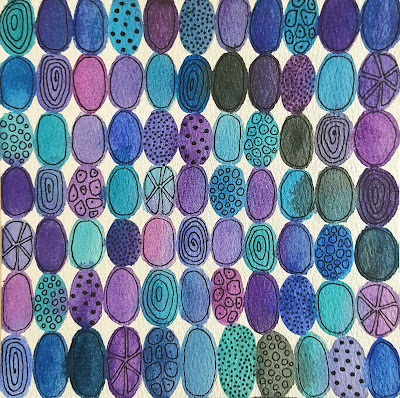 Ditto on your political report. I love, love, love your collages and your watercolors. The first one is so vivid and tropical. I love the pattern on the second. Very wonderful! :-)

Love both of the watercolors! ;)

Great news about BeeGee. Love the collage of birds. Didn't realize you were dealing with smoke too. We've had a reprieve the last few days but it will probably be back next week with temps back into the 90's. I don't handle 90's well but fortunately can hide out in my air conditioned place until the sun drops behind the mountain and it instantly starts cooling. Hang on to that miracle and put your focus there, not on all that's happening outside your immediate area and control. Control - hah! We are never in control of anything, but can sometimes herd things along. :-)

love your collages and your watercolors and now you did a fab. work again

I am so ready for fall! Great work on collages and watercolors, Connie!

Yes, I feel so sad about the damage done and the time to heal and repair...it has truly changed the quality of my days. I will make the best of it but it has been a wrenching disappointment for me.
Still the delicate colors and shapes of your watercolors brings on a smile and I hope this fall is sweet. Best days ahead for you and BeeGee!