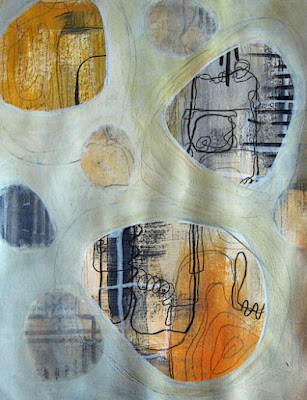 Last week's lesson in Jane's class was about making shape studies with various methods.  All pieces here are 9 x 12 inches on 80# drawing paper.

The ones I like best are the painted pieces, the first two and the last two.  The other pieces combine collage with gelli prints, or collage of gelli printed shapes.

It had been maybe two years since I last gelli printed and I loved doing it again.  Hope to get back into it after this class is over, but time will tell whether or not that actually happens. 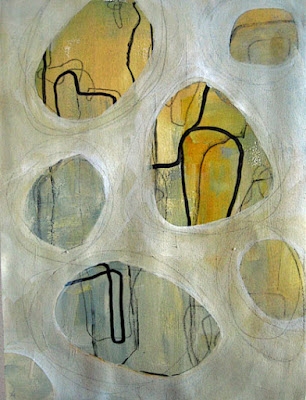 What I did find out is that those smaller plates that I'd cut from a 12 x 14 inch gelli plate at couple years ago worked just fine.  I'd been curious about them because the cut edges are a bit wonky -- that gelli material is really difficult to cut through -- but the edges weren't a problem at all on the prints I pulled.

This week's lesson looks fun and exciting.  I'm looking forward to getting into it.  I have to report that I'm enjoying this class more than I did the previous two, and I'm quite sure that's largely because I'm doing my own thing without feeling compelled to look at others' work or participate in the class blog.  So I'm doing the work at a more relaxed pace.  I have days each week where I'm offline and devoting myself to the class exercises, along with my usual reading, meditating, and just being alive. 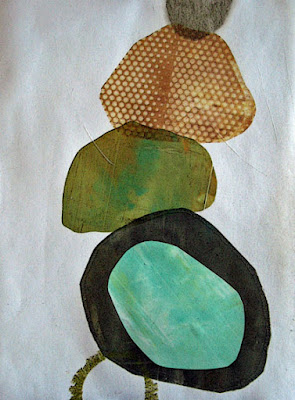 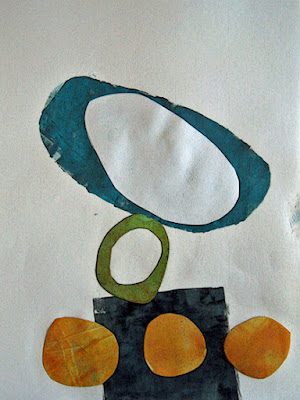 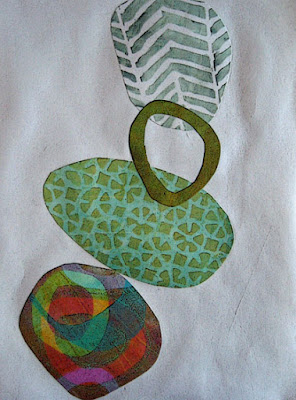 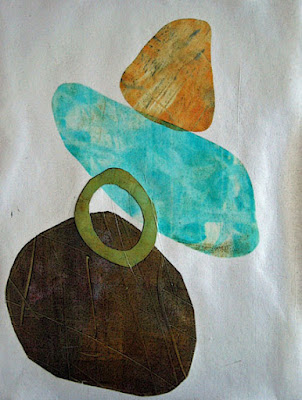 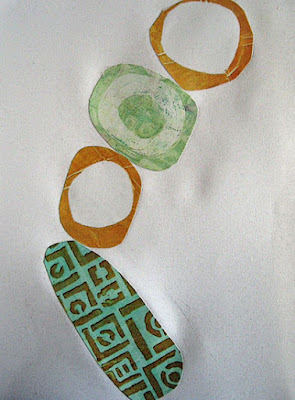 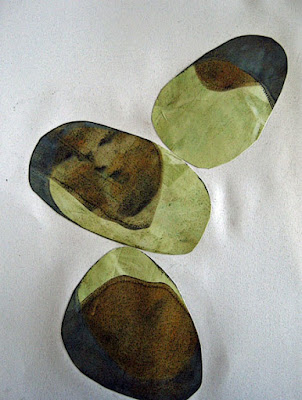 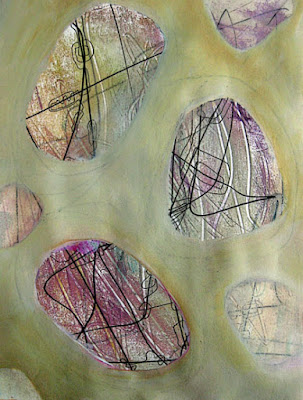 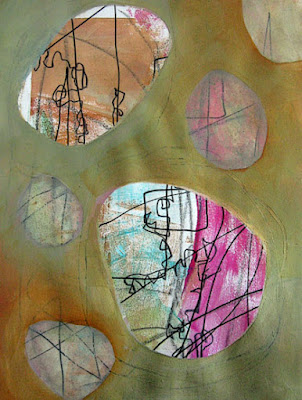 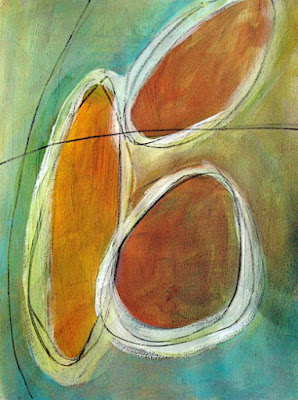 Here are most of the paintings I did for Lesson 2 of Jane's class, 100 Drawings on Cheap Drawing Paper.  These are all 9 x 12 inches on 80# drawing paper.

The project was to slap paint on a sheet of paper, in just 20 seconds (I couldn't do it in less than 30 seconds), scribble over that with a graphite crayon, then blot with another sheet of paper.  Then, after the piece was dry, to over paint it, leaving some of the original painting in some places, covering over some areas completely with opaque paint, and letting other places show through transparent paint.

I'm happy with all of these. 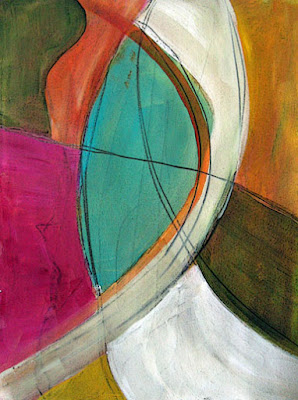 Tomorrow is my birthday, February 18.  The eighteenth of February is a strange day, although just one of twelve presumably strange days in the year...because it is on the cusp of two astrological signs, in this case, Aquarius and Pisces.  Until I was 28, I thought my sign was Aquarius (air sign) because all the commercial magazines that have horoscopes in them list February 18 as Aquarius, and some even say February 19 is the last day of Aquarius.

However, when I had my chart done in the late 70s by an astrologer, it turned out that I'm a Pisces (water sign).  For February 18, and I would suspect for each of the other 11 cusp days in the year, whether you are one sign or the other is dependent on what year you were born and what time of day your birth occurred. 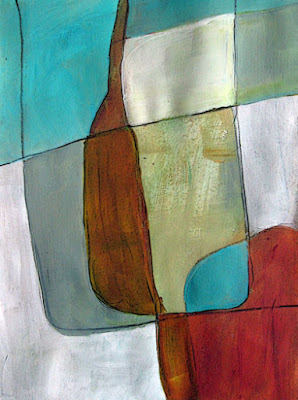 I've always felt as though I was standing in two worlds -- the outer world and the inner world -- and when I learned I was right on the cusp, that feeling began to make sense.  When I look at my life as a whole, I can see that I spent the earlier part of it in the outer world, and that I am now fully ensconced in the inner world.  In other words, I went from being an airhead to being a water baby.  This I can relate to.

I had my chart done three times over the years, but the first was the only one that nailed it.  By which I mean the difficulties that I would subsequently encounter throughout my life were spelled out right there in that view of where the planets were at the moment of my birth, replete with squares and oppositions all over the place (compared to a chart with a lot of conjunctions and trines, which indicate harmony and ease). 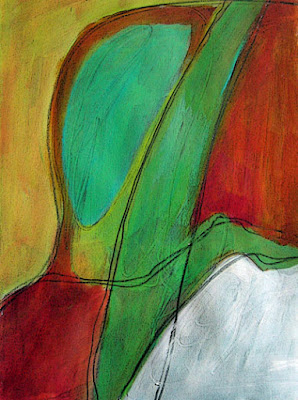 I've known an inordinate number of people in my life who had the same birthday as me -- a couple of them were lovers, and one I was even in relationship with for three years.  That last one was definitely an Aquarius.  He was several years older than me, and we couldn't have been more different, in the end.  When we met, though, I was all "woo woo" because we had the same birthday.  That was probably why I got involved with him in the first place, being I was in my occult-mystical phase at the time.  I thought the fact that we shared the same birthday meant something.  It didn't.

And Happy Birthday to D.A., a blog reader whose birthday is also February 18. 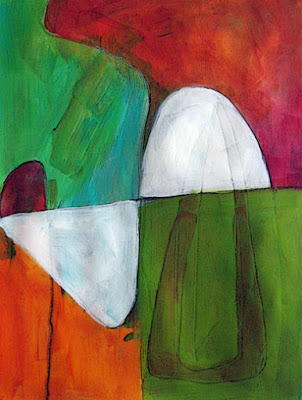 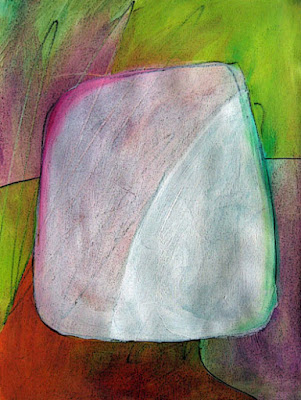 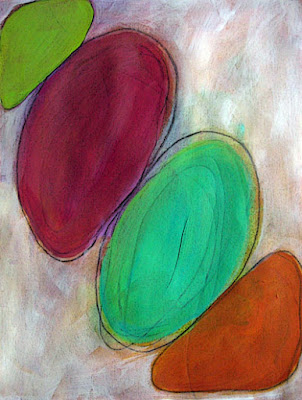 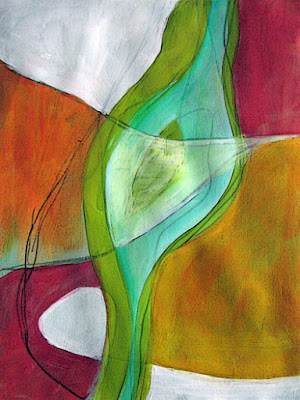 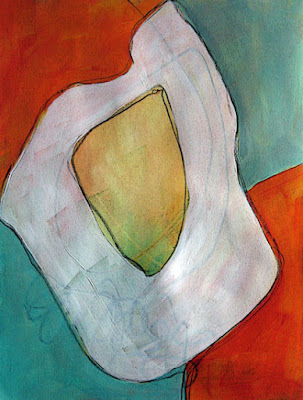 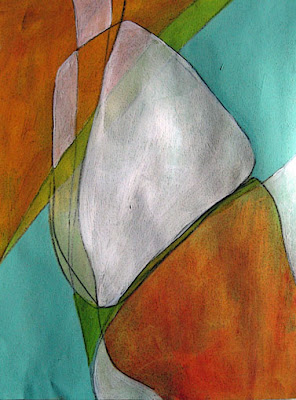 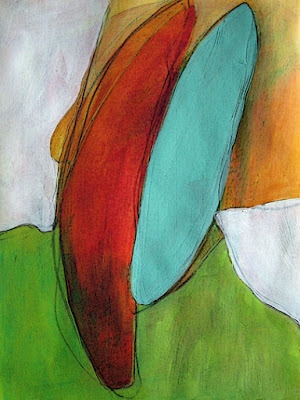 Email ThisBlogThis!Share to TwitterShare to FacebookShare to Pinterest
Labels: collage

Another recent collage from my art journal.

I decided to do this class differently than how I did her other two online classes.  I decided not to participate in the class blog in any way, other than to get the lessons.  In other words, to work in isolation.

My reasons for this are several...

I know myself.  I know that if I look at everybody else's work, then I'll compare mine to theirs.  I'll ooh and ahh over some of the others' work, and I'll diss my own.  I'll wish I were doing their work instead of my own work.   I know that this will put me under a lot of unnecessary stress.

I also no longer want feedback from the instructor.  Not because I don't want to be good, or better, at painting.  But because it's all so subjective, isn't it?  Who's to say when a piece is finished or whether it's "good"?  Isn't that up to the artist, ultimately?  It isn't important to me anymore whether my work could be "stronger," or make "more of a statement."  What's important is to enjoy the process, and to make my own decision about the outcome.

Additionally, I simply can't do the "group mind" thing anymore.  Everybody chiming in on everybody else's work, everybody looking for approval or acknowledgement.  And I certainly don't want to be internally tooting my own horn when I think I've done a lesson better than the next person.  Nor do I feel the need to puff myself up by way of introduction.  None of this matters to me now.  I just want to do the lessons, or not, and enjoy my life without added stress of any kind.