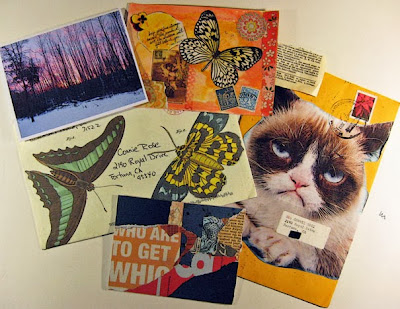 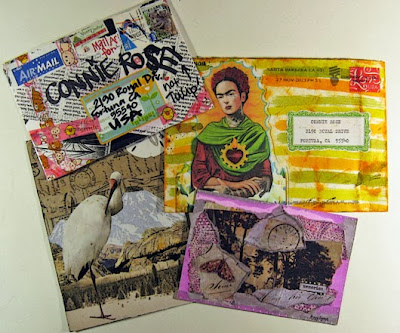 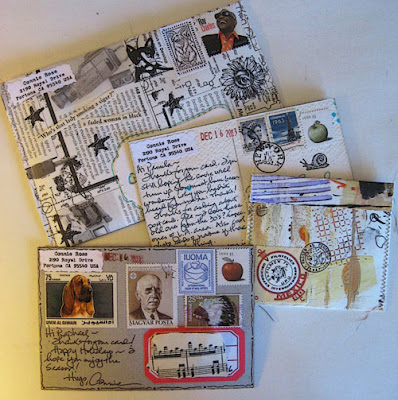 I'm still at work on my second triptych-book for the Thread That Weaves online class.  It's really creating itself, one step at a time, each thing I do prompting the next stage.  I'm hoping to be finished by end of the week.  I've nearly run out of photos of recent work to upload here, so I'd better get a move on.  Blogging really does keep me moving forward creatively.
Posted by Cate Rose at 9:12 AM