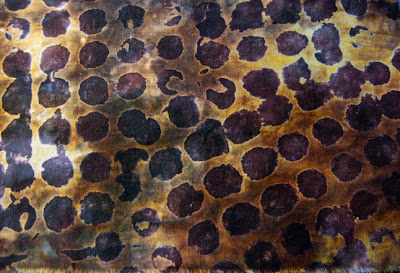 I suppose it was Mars entering Aries yesterday, but I had a burst of energy like I haven't had in a long time.  So I went with it.  Doing more discharging had been on my weekend to-do list for a few weeks and I did it yesterday. 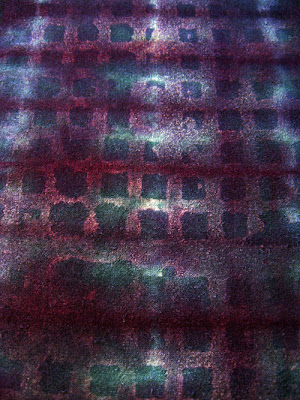 My goal was a stack of already-dyed fabrics awaiting their next treatment.  Everytime I dye or otherwise do a first layer of surface design on fabric, I end up with several pieces just begging for more work.  Sometimes more work helps, sometimes not.  I'm getting more selective about which ones will get 2nd, 3rd and maybe 4th layers, because sometimes the original piece is just plain ugly and I've learned that ugly fabric in usually just creates ugly fabric out, after all is said and done.

I also work with small pieces of fabric quite often, maybe a half fat quarter or smaller, a piece leftover from some other project.  It's a good way to experiment, also a great way to recycle my own fabric.

The pieces you see here were either soy wax batiked first and then painted with thiox discharge paste, or just discharged with the paste, no wax involved.

The reddish piece is raw silk that was shiboried in a black bath -- black fiber reactive dyes will often turn red on silk -- then waxed and discharged yesterday. 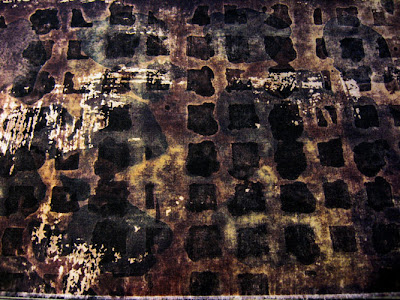 The piece just above was discharged once before, then finished off yesterday.  If I remember correctly, the whiter areas in the design were created with bleach gel on the first go round.  That stuff has never worked for me, not well enough anyway to bother with it any more. 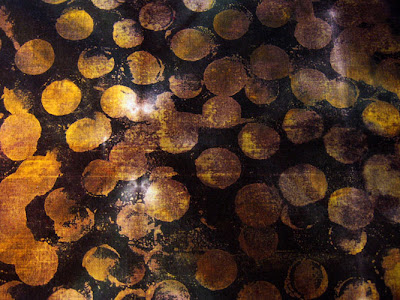 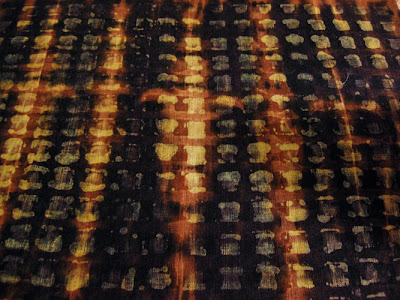 This piece is linen.  I waxed and discharged it yesterday, not enough color released, so I used the same pattern again with discharge paste alone. 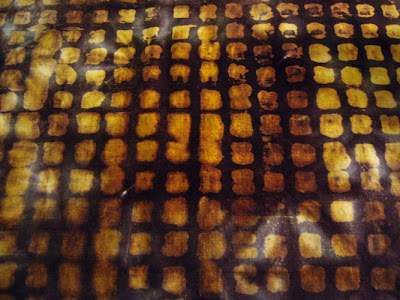 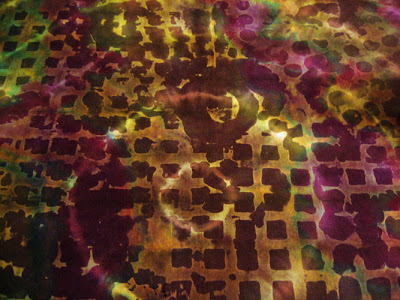 The last piece is a fat quarter that was an early dye color experiment...then I shiboried the circles on it and still didn't like it...so yesterday I used it under the other pieces I waxed, then discharged and finished it.

Sunday was gorgeous weatherwise.  We had partial sun this morning, but now it's clouding up again.  There's a chance of rain in the forecast for the rest of the week.  I am SO ready for spring...
Posted by Connie Rose at 10:46 AM

You ended up with some really nice pieces of art cloth Connie.

I could never get the bleach gel to work reliably either.

These are fabulous fabrics!

But but but my fav is the third from the bottom... this morning... Wow, so much to see in this post alone.

I loved seeing this outpouring of work. And having your comments. Great work!

You see I told you something would happen, these are aMAZing!I so love all the different layers, just lovely ;)

Connie, they're all beautiful, but the third from the top might be my favorite...

These are just absolutely GORGEOUS!

Wonderful pieces, Connie. So glad you shared in detail. It makes it so much more enjoyable.